Master-slave replication is used to solve a number of different problems with performance, supporting the backup of different databases, and as a part of a larger solution to alleviate system failures. It enables data from one database server (the master) to be replicated to one or more database servers (the slaves). The master logs the updates, which then ripple through to the slaves. The slave outputs a message stating that it has received the update successfully, thus allowing to send the subsequent updates. Master-slave replication can be either synchronous or asynchronous. The difference is simply the timing of propagation of changes. If the changes are made to the master and slave at the same time, it is synchronous. If changes are queued up and written later, it is asynchronous. 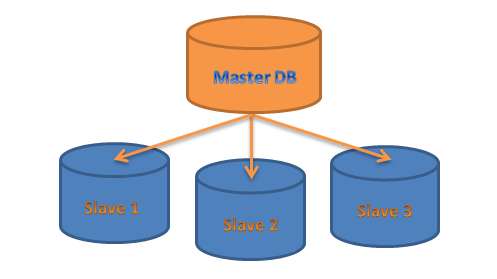 The target usage for replication in MariaDB and MySQL databases includes:

How you can use such replication and take advantage of it:

Now let's examine a simple example on how to configure master-slave replication on Jelastic PaaS.

You are able to set a DB cluster in a two ways:

You can get a MySQL cluster with two databases up and running within minutes using Jelastic one-click install option:

As well, as MariaDB's one:

The process is simple.

Just click Get it hosted now and type your email. You’ll get an environment with replicated master and slave databases just in a minute, skipping the steps of manual installation.

Note that current widget is provided for beta testing of automated Master-Slave DB replication adjustment. Therefore you should take into consideration a few peculiarities it has:

The complete and full-featured one-click solution will be provided in the nearest future.

If you prefer to configure the Master-Slave replication manually in order to get more slave replicators or specify some custom configurations, please, follow the instruction below.

*The instruction below is fully suitable for MySQL database servers.

First of all we create two environments in Jelastic for our master and slave databases. 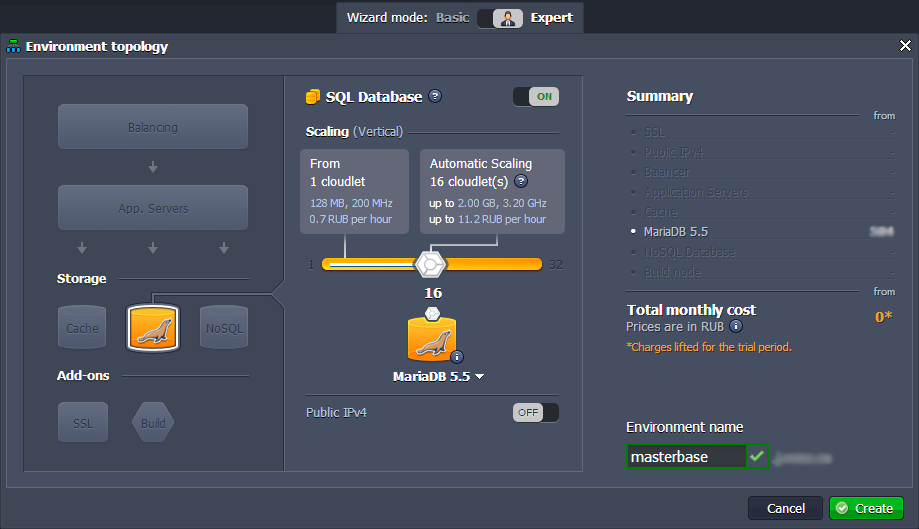 Wait just a minute for your environment to be created.

We use binlog format "mixed" (binlog-format=mixed) to allow a replication of operations with foreign keys.

Note: Do not use binlog format "statement" (otherwise you will get errors later on!) Now, scroll down and tick the replication client and replication slave administration privilages. Let's go back to the Jelastic dashboard and configure our slave base. 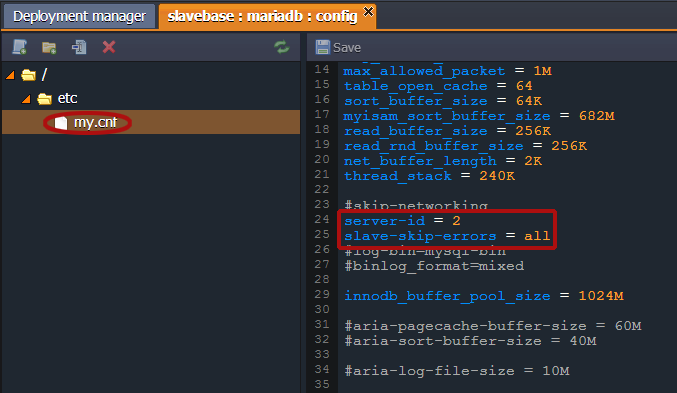 We allow our slave base to skip all errors from master (slave-skip-errors = all) in order not to stop normal slave operation in case of errors on master base.

This skipping is not recommended for using at the development stage in order to find out bugs etc. But here we talk about production, when your code has been already tested. Any error on the master's side can stop slave or lead to its unsynchronization. In this case the error may be even innocuous. Some minor errors will probably occur on production. So the replication can be stopped because of small errors.

Now you master server is configured. 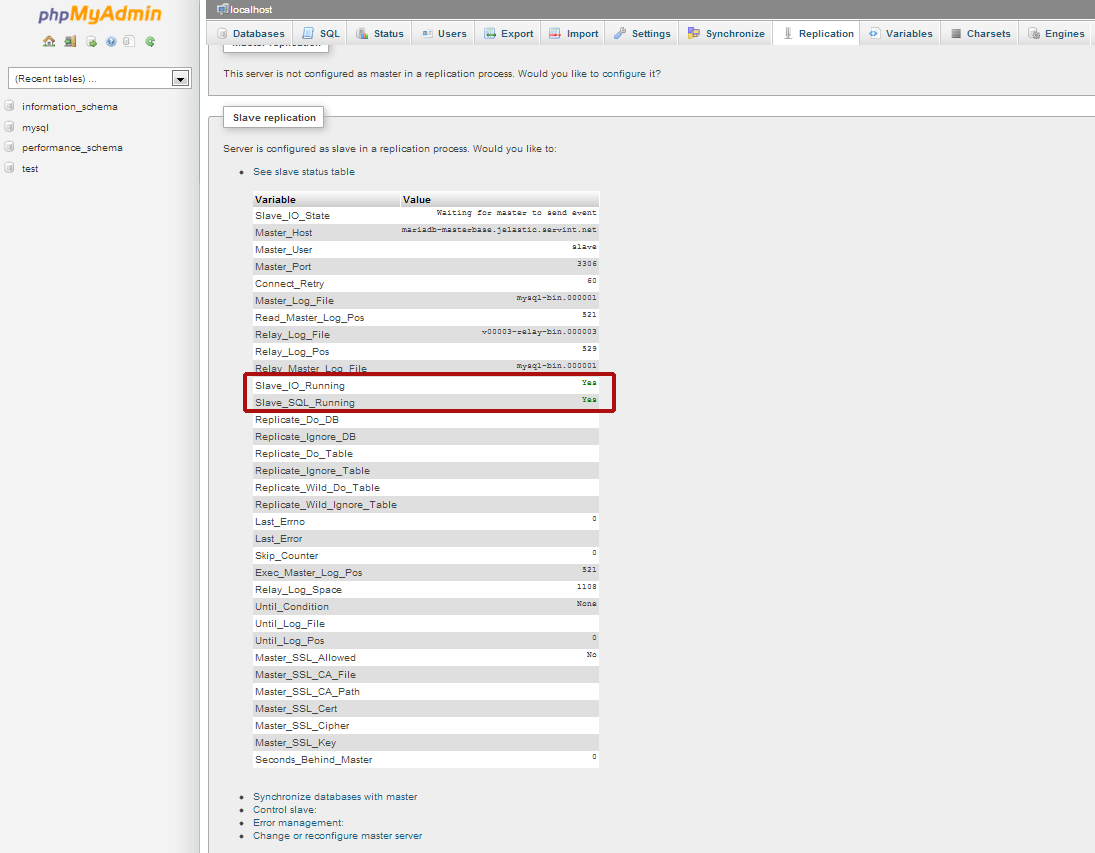 Here are two examples on how to connect to your master and slave databases from Java and PHP application.

Now you have your own database replication in the cloud. Enjoy!